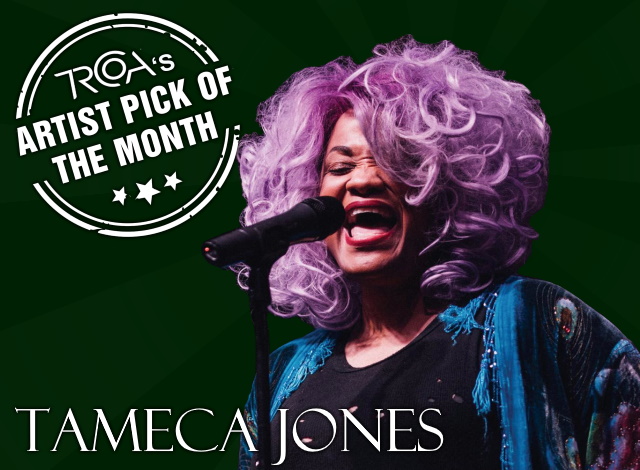 We are proud to announce Tameca Jones as the TRCOA Artist of the Month for June. The “Queen of Austin Soul,” Tameca has been a fixture of the Austin music scene for more than a decade. She performed for the TRCOA Unsigned Artist Showcase at Stinson Studios in 2015 where she amazed audiences with her powerful, honeyed vocals. Tameca embodies the unstoppable spirit and dazzling showmanship associated with a long and fruitful career in the music industry.

Tameca joined Austin-based 8 Million Stories in 2005 as the band’s lead singer and songwriter and scored a record deal with Riptide Publishing that lasted over the next two years. After the band dissolved, Tameca struck out on her own, infusing her unique style into dozens of classic songs from a long list of diverse artists, including Tina Turner, Elton John, and Nirvana. Tameca’s festival debut came in 2015 at Austin City Limits. She was crowned best female vocalist at the 2018 Austin Music Awards and has embarked on tour with fellow Austin native Gary Clark Jr.

Tameca Jones is our artist of the month. Will you be next?