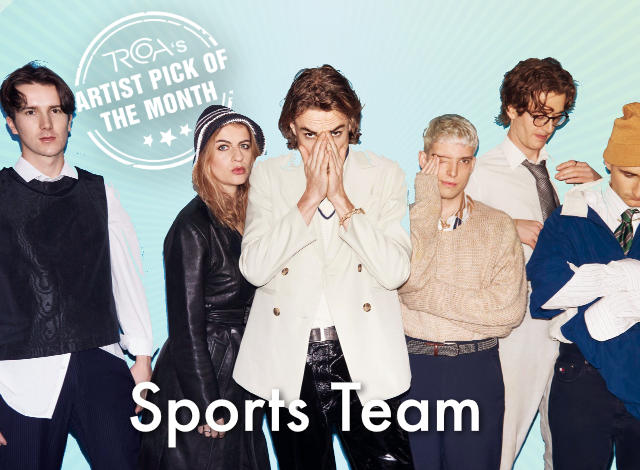 Sports Team is TRCOA's artist pick of the month. This indie band from London is bringing fun back to the alternative rock genre. They have found success with unpoetic yet catchy songs about flip phones, pubs and motorways.

The band met while studying at the University of Cambridge. The band made it start performing at pub in Cambridge. Lead guitarist Henry Young was also sports reporter for CNN which may have inspired the bands name.

Band members have come out saying that while they would love to hit #1 on the charts, they prefer to focus on making the live experience the best.

To see a crowd singing back to you and to see people really up for it — that’s why you’re in a band. That connection, that moment: it’s the only thing that feels at all real around the music. Charts, streaming, radio play, all of that fun stuff is still happening, but what really gave this band a sense of meaning and felt like it was something worth doing was that sense of community around it.

Recently Austin,TX radio station KUTX nominated Sports Team as a band to watch out for in 2021. While the band had to postpone their live events due to COVID-19, they are beginning to tour again.