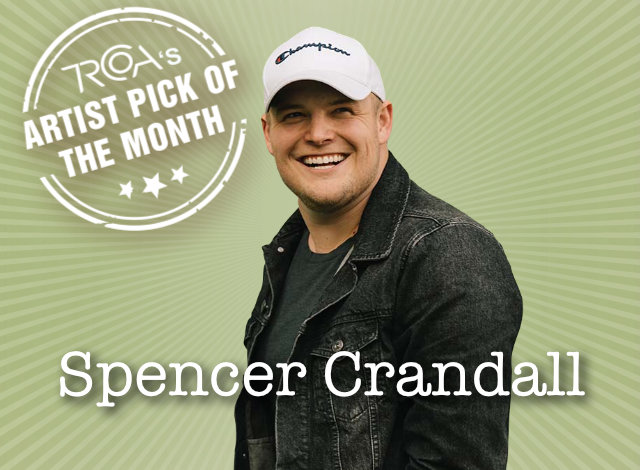 Spencer Crandall is TRCOA's artist of the month. He is an independent country musician and songwriter from Denver, CO. Spencer recently released his new single "Made" which has gone viral on TikTok.

“I really love great songwriting. For me, it’s always been about the song. So, you can find an amazing song in any genre, because it’s whoever is being authentic and who is ever really telling their truth that’s what I’ve always been really inspired by.”

Growing up, Spencer had dreams of being an entertainer. He learned a deep appreciation for music from his parents and attending music concerts. He did not however learn to play guitar until late into his teenage years and did not plan to make it his career. He wanted to be a professional football player however after multiple shoulder injuries, he turned back to his guitar

“I never would have thought that this would turn into what I do for a living and what I love doing,”

After gaining a small following on social media for his music, he decided to take the next step. He decided to move to the Music City of Nashville, Tennessee. There he learned how to build his music career and grow his following to more than 2 Million. Spencer plans to release his third album next month and we have no doubt it will only increase his influence.