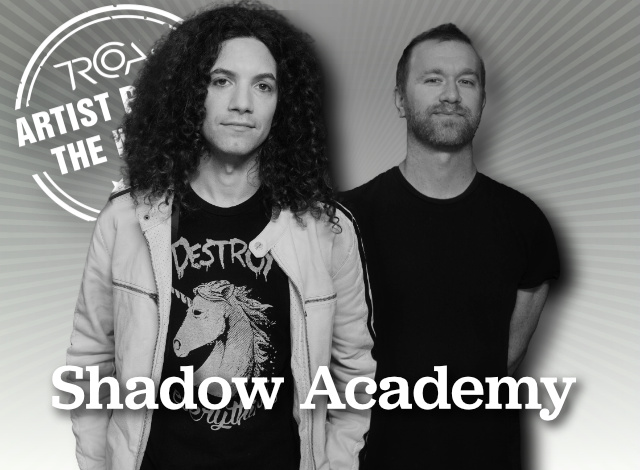 Shadow Academy is TRCOA's artist of the month. They are an alternative indie rock band who recently released their debut album Shadow Academy. The band is composed of Dan Avidan, who is most well known as a co-host of the YouTube gaming channel Game Grumps and lead singer of the musical comedy duo Ninja Sex Party, and Jim Roach, an Emmy Award winning multi-instrumentalist producer and song writer who had worked with Dan for over 10 years.

The two formed the band after working together for years and wanting to branch off into less comedic music. Earlier this year they released their first song White Whale which is inspired by the classic story Moby Dick. This song blew up, earning the band millions of listens across streaming platforms. From the beginning, their goal was to make a rock record with loud heavy songs that could take paint off the walls and on the next song transition to a lush soundscape with synths, pianos, and orchestration.

Shadow Academy is our artist pick of the month because we love to see growth and change. After spending a decade in a comedic band, taking a step to be more serious can be a risky move. But the band has proven that you change the tone of your music and be successful.