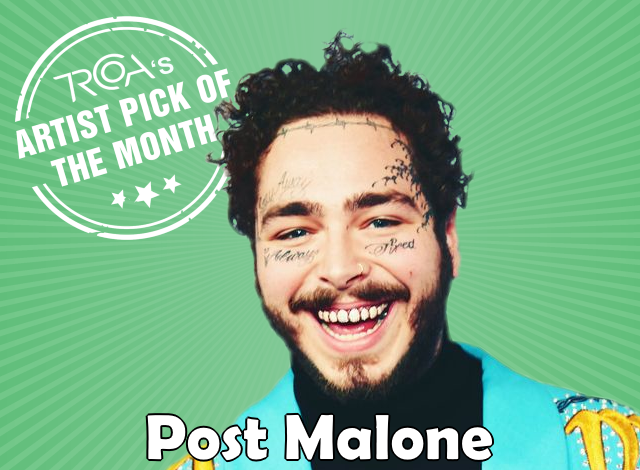 Acclaimed singer, songwriter and record producer Post Malone is our artist of the month. Post Malone has had several number one singles and Grammy nominations and has achieved commercial success with a Diamond certification for his song Congratulations. TRCOA teaches students the fundamentals of record producing and songwriting.

After moving to LA, Post joined the music group BLCKVRD and recorded and produced music. Several members of the group, including Post, moved into a house together. While living in San Fernando Valley, Malone met Rex Kudo who produced several of Malone's tracks, including "White Iverson". Malone recorded the song two days after writing it.

Malone himself considers his music genreless, a melting pot of country, grunge, hip-hop and R&B. He is a versatile artist and record producer with a laconic vocal style, someone who walks the line between singing and rapping.

Post Malone is TRCOA's artist pick of the month. Will you be next?