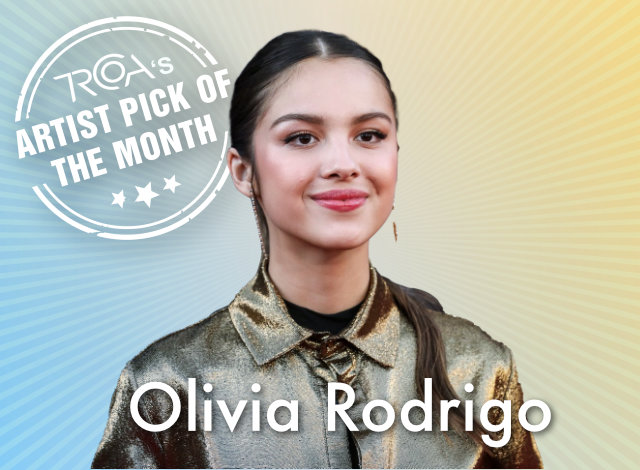 Olivia Rodrigo is TRCOA’s artist pick of the month. She is an American Singer and actress who is well known for her role in Disney’s Bizaardvark and High School Musical: The Series. Born in Tenecula, CA, Olivia began taking acting classes at the age of 6. By the time she was a teenager, she starred in an Old Navy commercial and had gained the attention of Disney.

In 2020, Olivia signed with Interscope Records and released her debut single “Driver’s License” on January 8th, 2021. The song hit #1 billboard charts across the world and set a Spotify record for most streams in a single day at 15.17 million plays.

This month, SNL released a skit targeting the song and comparing her style to Taylor Swift. The cast of SNL all came together to sing the dramatic ballad at the end of the skit. Olivia was very thrilled to have her hit song staring in SNL calling it “THE BEST BIRTHDAY PRESENT EVER” in a tweet.

Olivia Rodrigo is TRCOA’s artist pick of month because we believe she is a rising star. With just one song, she broke streaming records. While we don’t know what she will do next, we fully support this up and coming young artist.