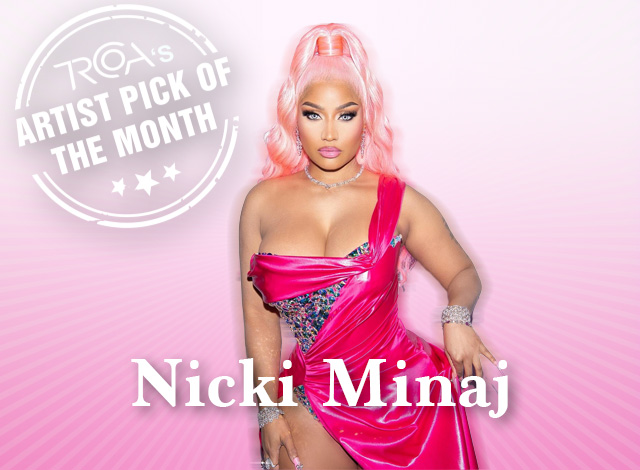 Nicki Minaj is TRCOA’s August pick of the month. She is an American rapper, singer, and song writer. On August 22, 2022, her new single debut at #1 on the Billboard Hot 100. A solo female rapper hasn’t accomplished this since Lauryn Hill in 1998. At this year 2022 VMAs she received the one of the highest honors of the night which is the Video Vanguard Award. She is the first person to receive it since 2019s winner.

Raised in Queens, New York Nicki graduated from LaGuardia High School, a performing arts school where she studied acting and singing. Shortly after she embarked on her journey to be a female rapper and started catching the eyes of many local producers and hip hop artist. In 2007 she released her first mixtape and her appearance on “The Come Up” DVD, her lyrical skills made her an in-demand artist which she worked with many established artists. After the success of her “Beam me up Scotty” mixtape in August 2009 she signed to Lil Wayne’s Young Money Entertainment record label. Since than she has dropped several albums, mixtapes, features, and singles that have topped charts and established her as the female rapper, singer, and song writer that she is today.

Nicki Minaj is our choice for TRCOA Artist Pick of The Month because if her persistence and her creativity. She has won multiple awards and nominations and has even had albums and singles sometimes simultaneously on the Billboard Charts at the same time. We love to see how growth and how changed the male-dominated hip-hop industry and being the voice for female emcees. She continuously had success since she hit the mixtape scene back in 2007 and has become one of the biggest female artists of this generation.