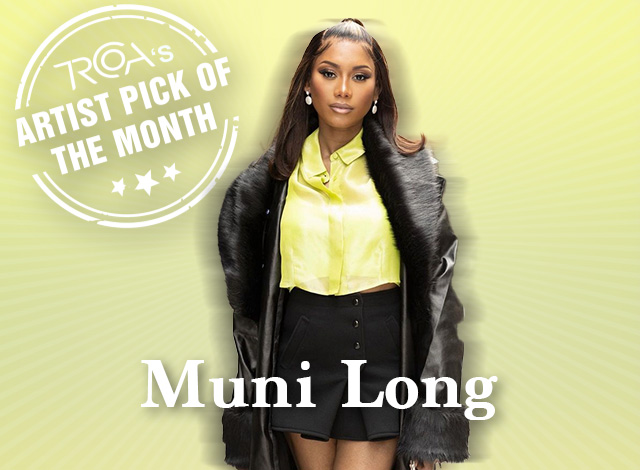 American singer and songwriter Muni Long is TRCOA’s November artist pick of the month. After releasing he single “Hrs and Hrs” at the end of 2021 she quickly rose to fame at the beginning of 2022. After the single gained momentum on TikTok the song debuted on Billboard’s hot 100 at No. 83 and a week later soared to No. 34 on the hot 100 chart. She has since signed with Def Jam, released her EP, and performed at the BET Awards. She is now nominated for two Grammys for the upcoming 65th Grammy Awards.

Muni Long has known that she wanted to do music since she was five years old. She started off singing on YouTube and where she first grew her following. This also led to her getting signed where she released music, but none charted. She then started writing for other artist, like Mary J. Blige, Rhianna, and Ariana Grande to name a few.

TRCOA empowers artist like Muni Long who have a passion for music. From working behind scenes to now be Grammy nominated and breaking out as a solo artist shows that hard work pays off. We look forward to seeing where this journey takes her.