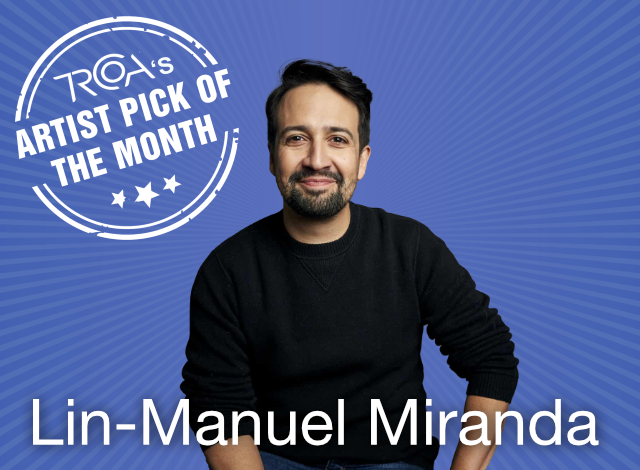 Lin-Manuel Miranda is TRCOA's artist of the month. He is an American actor, singer, rapper, composer, producer, and playwright. He is most famously known for writing and staring in the musical Hamilton.

While on vacation in 2008, Lin-Manuel read Ron Chernow's biography of Alexander Hamilton. Inspired and intrigued by his story, Miranda wrote a rap about Hamilton. He would perform that rap at the White House a year later.

By 2012, Lin-Manuel created an entire album called the Hamilton Mixtape. The mixtape had gained enough positive attention that Lin-Manuel created the musical. He would write, direct, and play the role of Alexander himself. The hip-hop inspired retelling of Hamiltons story turned out to be a success.

Lin-Manuel went on to earn many awards for this musical, including 3 Tony awards for Best Musical, Best Original Score, and Best Book of a Musical. He would return to the White House in 2016 to perform once again, this time with the cast of the play he wrote.

Lin-Manuel Miranda is TRCOA's artist of the month because he embodies the dream of trying something new and not giving up. Many would scoff at the idea of mixing 250 year old politics and hip hop in 2009. But Miranda knew this Founding Father needed to have his story told and would not give up until he made it to Broadway.