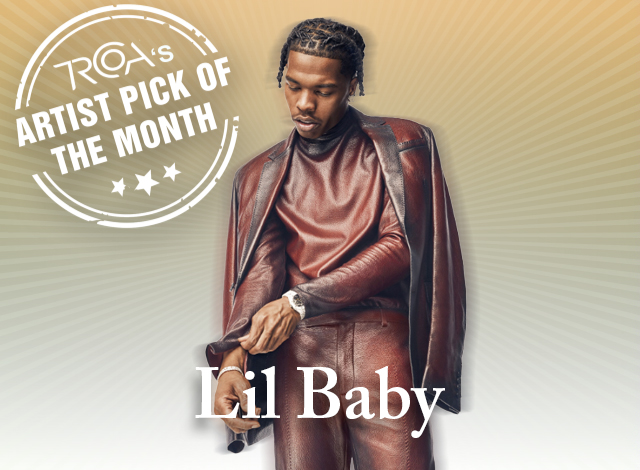 Lil Baby is TRCOA’s artist pick of the month. He is an American rapper and songwriter. Lil Baby was named rapper of the year at XXL 2022 awards show. Amongst other awards Lil Baby has been nominated for eight Grammys and recently won a Grammy for best melodic rap performance at this years Grammy’s.

Born and raised in Atlanta, Ga. He started making music and creating a name for himself in 2016. After the drop of his mixtape Too Hard in December of 2017, followed by his first hit single “Freestyle” he started defining himself as the artist he is today. In 2018 Lil baby dropped his debut album Harder Then Ever, which debuted at number three on the Billboards chart. Since then he has had 47 songs chart on the Billboard hot 100.

Lil Baby is our artist pick of the month because of his energy. We love to see true growth and change in the industry through original and inspired artists like Lil Baby. Since making his splash on the scene in 2017 he has been consistently dropping heat and becoming one of the new generations hottest artists.