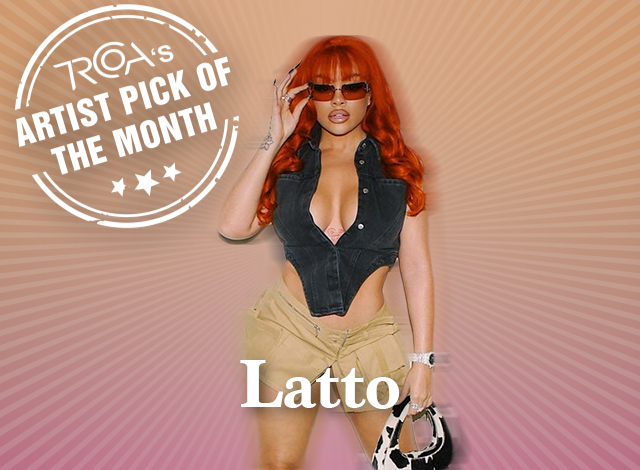 TRCOA’s December artist pick of the month is Latto. She is an American rapper and songwriter and was recently named as Variety’s Breakthrough artist. She was also recently the winner of The People’s Choice Awards best new artist of 2022.

Latto first appeared in the music scene as a participant in the first season of Jermaine Dupri’s tv series, The Rap Game which aired in 2016. Which she was the winner of the first season but she did not take the deal with So So Def and remained an independent artist. It wasn’t until after her single B*tch From Da South which peaked at 95 on the Billboard hot 100 and she ended up signing with RCA records.

Following the success of that song she followed up with two more singles that went that went certified gold that would also be placed on her debut album. Since then she has continued to grind and followed up with “Big Energy” in 2021 which peaked at 14 on the Hot 100. She also had other singles from her sophomore album help get that album to 15 on Billboard 200.