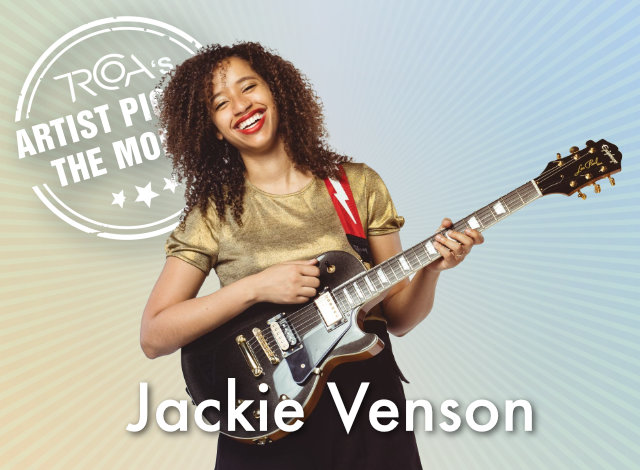 Jackie Venson is TRCOA's artist of the month for April. She is an American singer-songwriter and guitarist from Austin, TX.

She was the first African American woman to receive the ‘Best Guitarist’ title at the Austin Music Awards. Venson also has a musical DJ alter ego that goes by the name Jackie the robot.

Venson began playing piano at the age of eight. Struggling with keeping focus, it took her several years before she could practice playing for extended lengths of time. She notes that she would only do 45 minutes of practice at a time but for any working musician, they have to put in 3 to 4 hours straight.

When asked about influences, Jackie states that having her father in the music industry was a major factor to her getting into music:

A lot of people like music and they think they have an affinity for it but if nobody else in the family does, then they sometimes don’t see it as a possibility. Having my dad as a professional musician, it’s like ... you can do this, it’s hard but you can do this