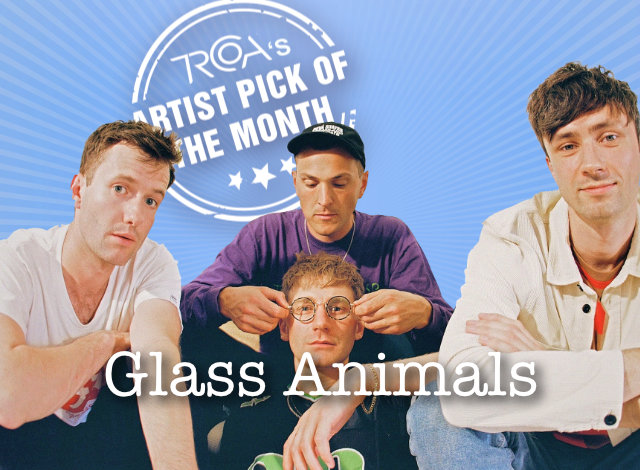 Glass Animals is TRCOA's artist pick of the month. They are a bBritish indie rock band that formed in 2010. Their first hit "Gooey" released in 2013 went platinum and propelled the band the top 100. Their musical style has been described as psychedelic pop and electronic rock.

The band most recently reached populatry with their song "Heat Waves" which skyrocketed to number 1 in Australia charts and number 2 in the UK top charts. The song saw further growth after being used in various memes on TikTok.

When asked about that song, the lead singer Bayley commented:

it’s a slightly sad song, but it’s sad with a big, optimistic edge. It’s about missing somebody and not being able to do anything about it. Ultimately, not being able to go out and see that person. [...] I’ve always loved that music on the surface is an enjoyable listen. There’s something about the harmony and the melody that makes you smile. With some of the old Motown songs, you’d often have really sad lyrics, but the beat makes you want to dance.