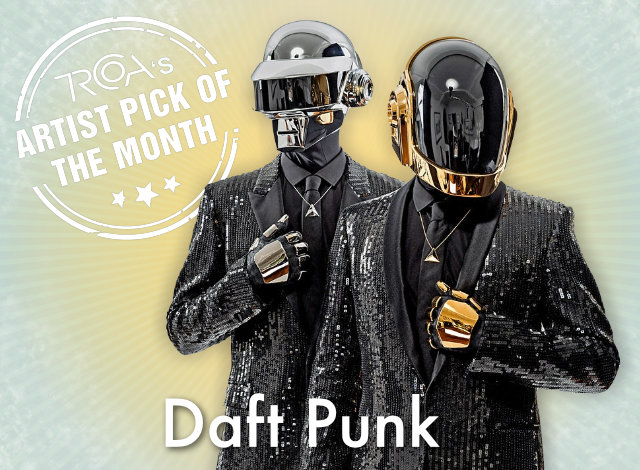 Daft Punk was a French electronic duo founded in the early 90s. They have been called one of the most influential acts in the electronic dance music genre. One other notable feature about them is the robotic look and sound they adopted.

For many, the first time they had heard of Daft Punk was with their Discovery album released in 2001. The album included single such as “Harder, Better, Faster, Stronger” and “One More Time”. In addition, Daft Punk worked with a Japanese artist to create a feature film for the release.

10 years later, Daft Punk expanded to working with American artists. They worked with hip-hop artists such as Kanye West and Pharrel Williams. In 2010, they created the entire soundtrack for Disney’s TRON.

Fun Fact: Before donning the robot helmets, the duo would wear Halloween masks or bags when doing public appearances.

In February 2020, Daft Punk announced that the duo had split up. When asked why, Daft Punk’s publicist did not give a reason. Daft Punk is TRCOA’s artist of the month because they were not afraid to experiment with different sounds. They combined elements of rock, house, techno, and pop to create a unique sound that is theirs.