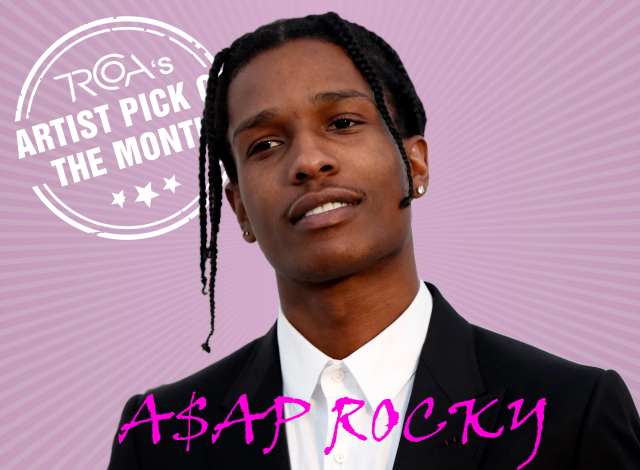 This month, TRCOA wants to recognize the versatility and adaptivity required by the changing times. A$AP Rocky has embraced the livestream culture taking over the music industry. As the world continues to challenge us, musicians like A$AP Rocky have risen to the occasion. The digital trend hit warp speed in March, and our music production students and staff have similarly shown great resilience in the face of this adversity.

Born Rakim Mayers, A$AP Rocky joined the Harlem-based hip hop collective A$AP Mob in 2007. He released the singles “Purple Swag” and “Peso” to a New York radio station in 2011, before dropping the mixtape Live. Love. A$AP in a national multi-year record deal with RCA. Over the next decade, he toured nationally and internationally and received numerous awards and nominations. A$AP also became a notable producer, using the pseudonym Lord Flacko for his record production ventures.

A$AP Rocky has taken several steps to stay relevant in recent months. He continues to record and produce, working via smaller, more careful, and more intimate recording sessions. He has replaced in-person music events with live streams for dedicated audiences, and brings along friends like fellow TRCOA Artist of the Month Tyler, the Creator to entertain his fans. Musicians globally can learn from A$AP Rocky’s ingenuity and resourcefulness.

A$AP Rocky is our artist of the month. Will you be next?