Adam and the Metal Hawks - TRCOA's Artist of the Month 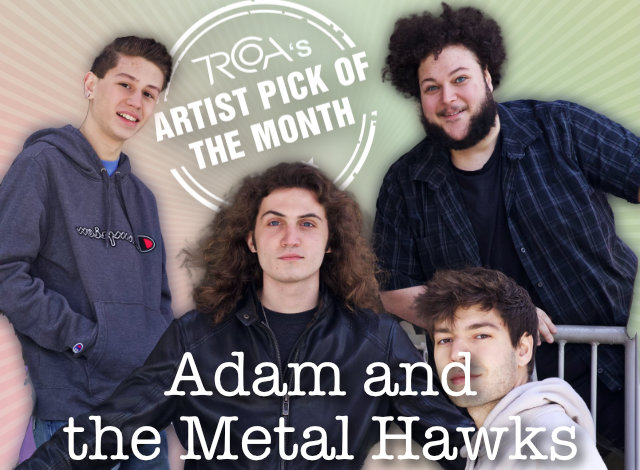 Adam and the Metal Hawks or AMH is TRCOA's artist of the month. Since forming in 2019, this new hard rock band released their self-titled debut album in 2020, and became a viral social media sensation in 2021. AMH shows no signs of slowing down, and are ready to bring rock n’ roll back to the top in 2021!

The band has gained quite a following on TikTok in 2021. Currently their videos account to over 32 million likes on the platform. They have found fame by engaging with their audience and performing rock covers o all types of music.

Many comments on their videos point out the similarities that Adam has to Jack Black (School of Rock, Tenacious D, Jumanji). It is hard to not hear the similarities when Adam sings. Jack Black, who is fairly active on TikTok, came across one of their videos recently. It was a video of AMH was doing a cover of Jack's own song "Kickapoo" and loved it.