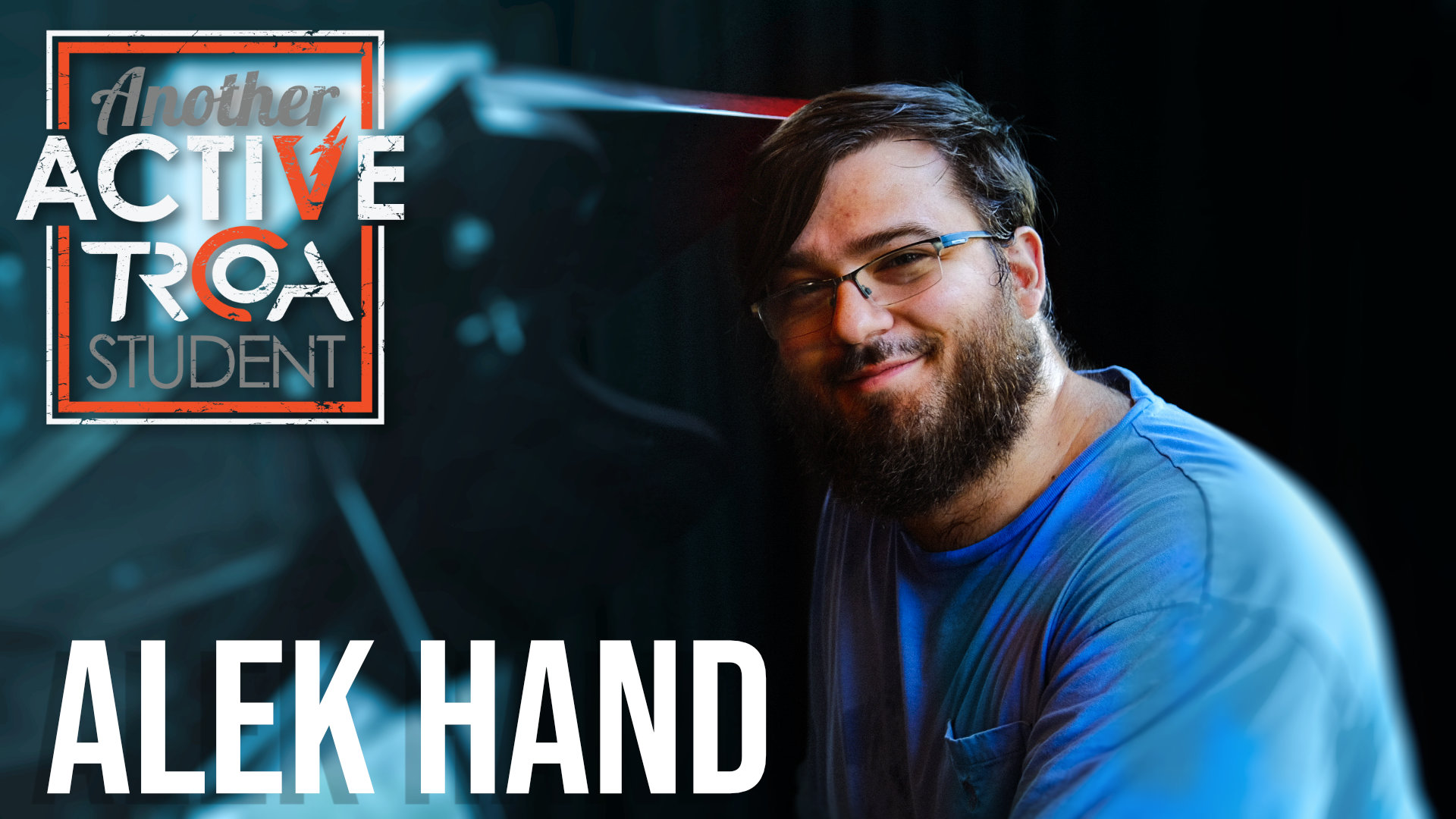 Alek Hand has known that The Recording Conservatory of Austin was the recording school for him since he graduated from his Victoria, Texas highschool seven years ago. After touring the studio all of those years back he had made up his mind, but life at the time had different plans for him. Circumstance did not stop him; however, and he eventually made the move to Austin and enrolled at TRCoA for the Sound Engineer program.

Since joining the program, Alek could not be more pleased with the opportunities and skills that have been awarded to him with his continued efforts as a budding audio engineer under the one-on-one guidance of the industry-professional mentors he and the many other students have at their disposal here at the Conservatory. He has taken his work seriously throughout his first year and has focused on progressing his business during the pandemic by offering mixing services from the comfort of his own home and teaming up with TRCoA alumni, Rachel Mokarow, to venture further into the live music and entertainment industry as co-owner of a “one-stop-shop for entertainers, musicians, and DJs alike”.

With all of the growth Alek has experienced outside of the program, he gives his credit to TRCoA for teaching him the professional skill set required to flourish in his field, noting specifically his blatant improvement in recording acoustic drums. These skills have secured him numerous successful projects and mixes in just a years’ time. Among the many projects he has worked on, one client stands out above the rest for Alek; a country artist by the name of Robert Nash. Together, Robert and Alek have recorded two full-length albums with more surely to come!

Now as Alek has progressed well into the advanced course structure of the program, there is no limit to what he can learn and achieve in the coming months before his graduation or the many years ahead in his career as a professional Audio Engineer and business owner.